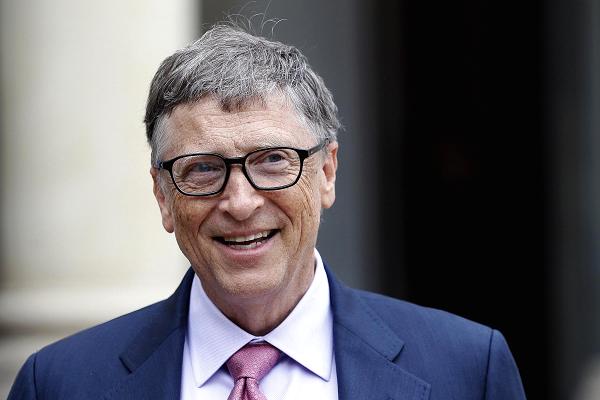 Unwinding after work is a lot easier said than done.

Even if you have the luxury of some quiet time to relax before bed, your mind could easily still be racing.  So why not borrow from Bill Gates’ evening routine? According to scientific research, it helps reduce stress and improve brain function.

Here’s what the Microsoft co-founder does before bed:

1. He does the dishes

Though he’s a billionaire, Gates makes time to wash his family’s dirty plates and cups almost every night. In a Reddit Ask Me Anything in 2014, the billionaire said that he finds the chore enjoyable.

Gates’ penchant for doing the dishes isn’t just a funny quirk or an example of men “leaning in” to household chores often assumed by women. Science suggests he might be on to something.

Doing the dishes has been linked to reduced stress

A Florida State University study found that students who were primed to be mindful while washing dishes (i.e. focused on breathing and the touch, smell and feel of the task) saw a decrease in stress levels and a boost in inspiration.

Concentrating on the feeling of the warm water or the smell of the soap stimulated the brain and promoted relaxation.

It could also boost creativity

A study by researchers at University of California, Santa Barbara, found that doing mindless tasks allows the brain to wander and engage in creative problem-solving.

For instance, people who first completed a “boring” task, in this case copying numbers from a phone directory, were able to think more creatively afterward, according to a study by the University of Central Lancashire. The uninspiring task of washing the dishes could lead to similar effects.

Another key part of every evening for Gates is the one hour he spends reading, which he does even if it’s late.

He consumes about 50 books each year; that’s 10 times more than the typical American, who reads four, according to Pew Research.

Reading before bed has been linked to multiple benefits.

Curling up with a book helps you de-stress and fall asleep.

According to the National Sleep Foundation, reading before bed can help your mind de-stress and prepare your body for sleep.

Dr. Philip Gehrman, physician and assistant professor of psychiatry at The University of Pennsylvania’s Perelman School of Medicine, says that reading a physical book before bed is better than looking at your phone.

The light emitted by your smartphone can keep you awake and decrease the quality of your sleep, making a physical book or magazine a better option.

Reading, regardless of the time of day, has other career boosting benefits as well.

The Impact of Physical Activity on Your Health
The power of deep breathing: mental clarity and calmness